The least he can do: how George learned Ukrainian. 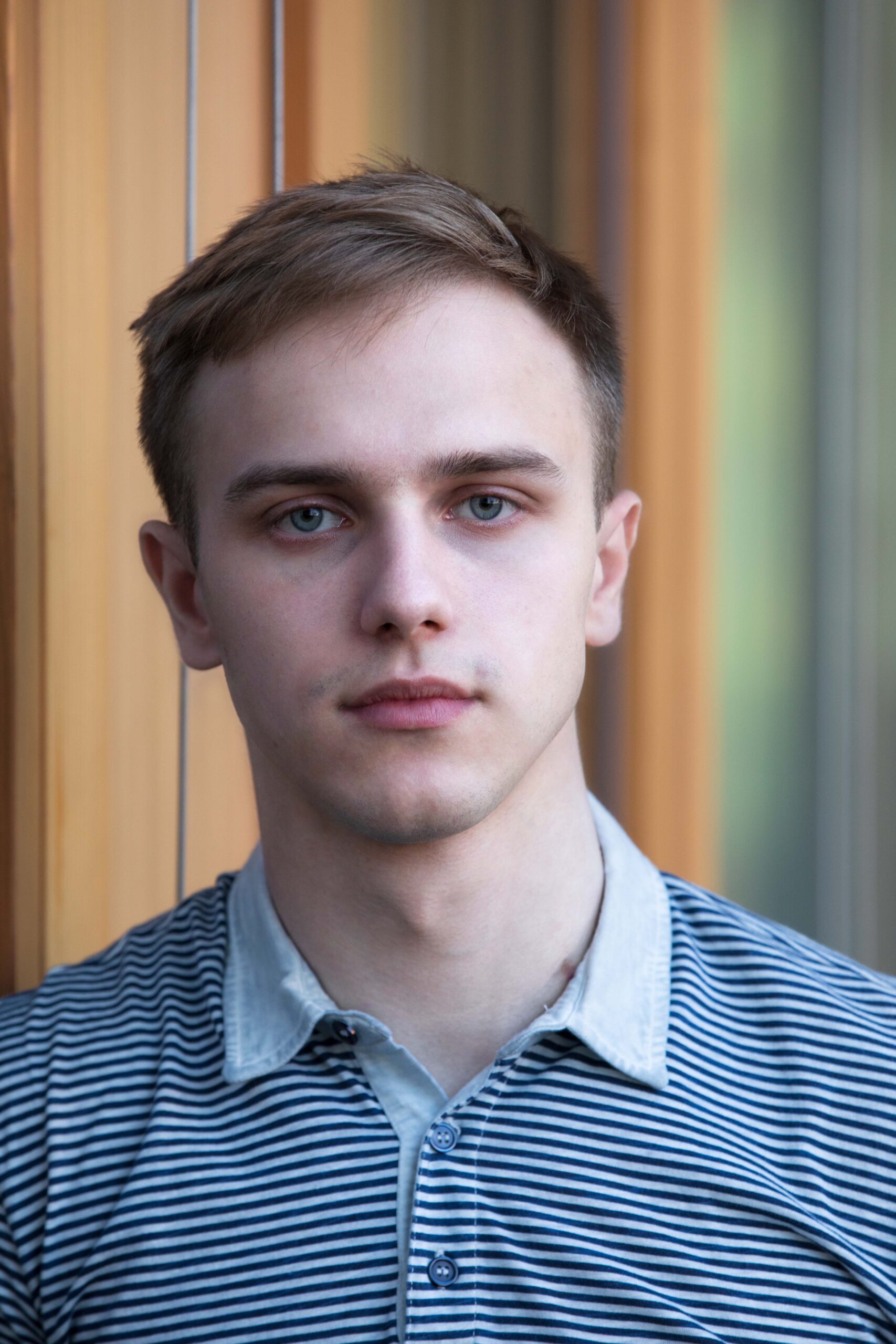 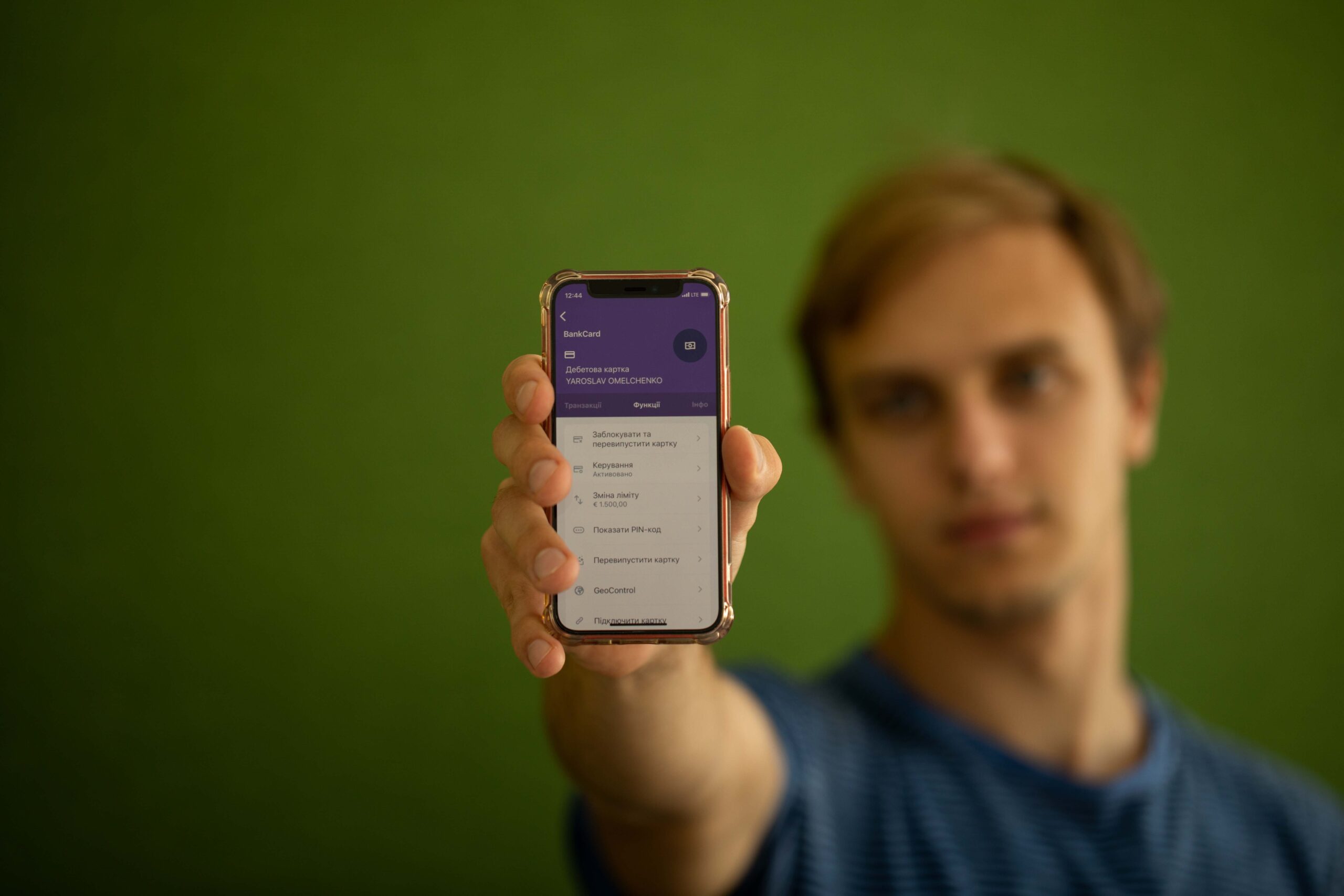 Since February 24th, European countries have been sheltering millions of Ukrainians who fled from the war. These people had to open bank accounts, find places to live and organise their financial life literally on the run. As of this August, George speaks Ukrainian to them. It is the least he can do for Ukrainians who came to Europe to seek safety.

Several banks of Erste Group established a program of free accounts for Ukrainians. Since then, over 50.000 people opened such accounts only in Czech Republic, Slovakia, Romania, and Austria. European banking became a part of their lives here. Salary, social insurance, governmental support, and all the payments went through their accounts. This is how these people met George.

Unfortunately, not all these users know English. There are also some George features that aren’t known in Ukraine. It makes the English version of the app a bit complicated, even for fluent speakers. Sorrow times made George think a lot about how to help those people. The most effective way seemed to make their personal banking understandable for them. As a result, George decided to learn Ukrainian.

George wanted to learn Ukrainian as fast as possible. However, it is not the easiest language to learn. It is melodic and has a huge vocabulary. For example, there are at least 8 different equivalents for the word “open” in it. Ukrainian conveys a deep sense with each word.

There is also a harmoniousness of language you should pay attention to in Ukrainian. This language is like a continuous flow of words. There are first letters of some words or prepositions changing. As a rule, it is consonants changing into vowels and vice versa. The reason is to sustain the melody of the language.

It also uses the Cyrillic alphabet, which George has never used before. Surprisingly, George has managed to learn Ukrainian in only  three months. George already knows almost 80% of the app interface in Ukrainian. It means all the Ukrainians can get an understandable overview of their finances now.

I am proud that I was the one who helped George learn Ukrainian. We translated about 7.000 different text segments in only three months. It is the lion’s share of the app interface and it is a titanic work behind. There were a lot of people engaged. And there was a lot of new experiences for all of us.

I was new to George Labs. I moved to Austria, fleeing myself from war in the spring of this year. I was seeking an opportunity to help as many Ukrainians in the EU as possible. George had the same ambition, so we matched.

George Labs hired me in the middle of May. My position was Ukrainian language translator. I was a newcomer, but my colleagues from CopyComm (Copy & Communication) helped me make myself at home. Thanks to them, it feels like I’ve been a part of this company for a long time already. I am also confident these three months of effort-consuming work pay off. I am looking forward to seeing people using the app in Ukrainian. 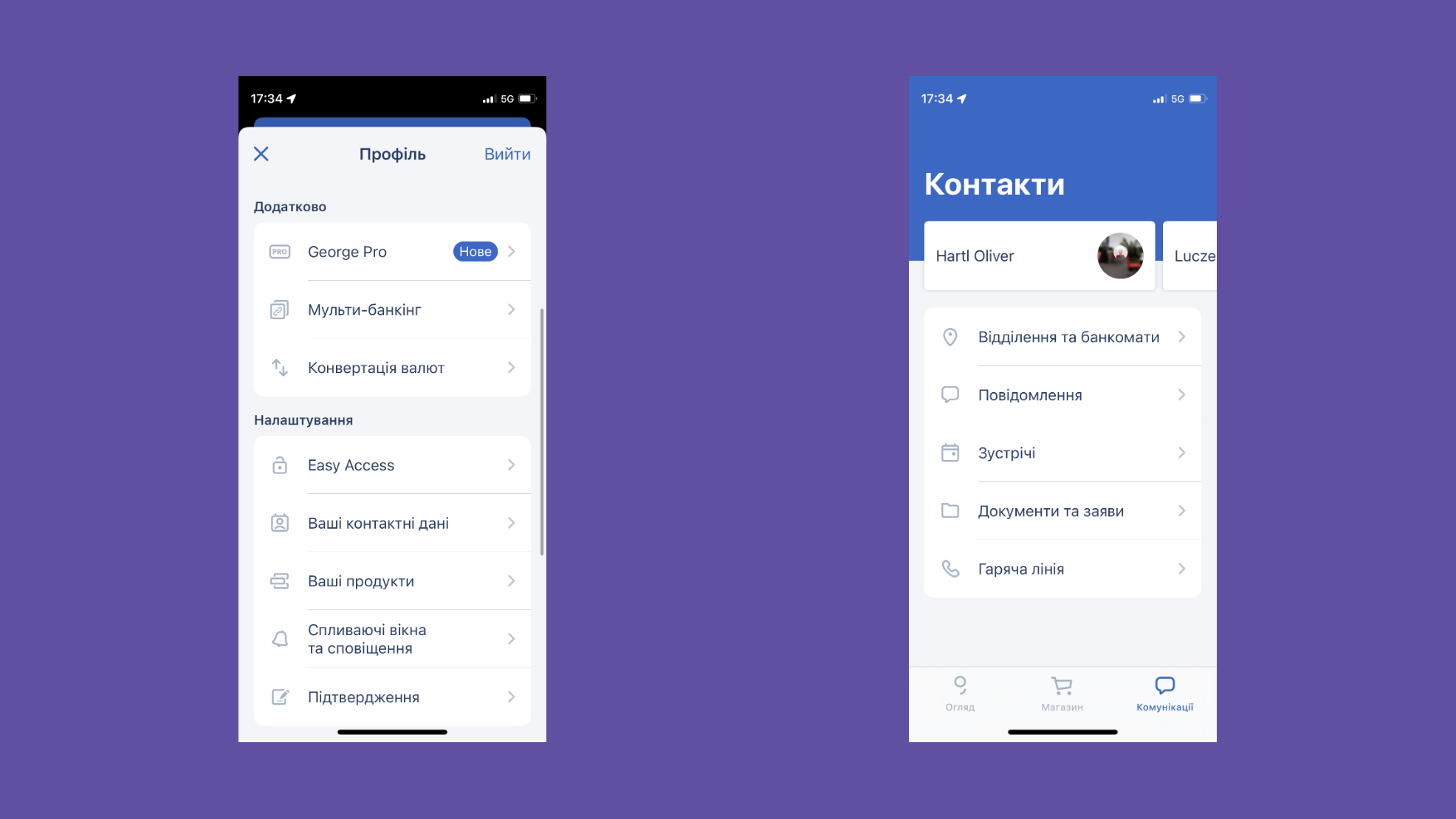 George speaks fluent and decent Ukrainian. I tried to give him as many Ukrainian words as possible. He almost doesn’t use any Anglicisms. I also tried to help George translate not the words but the sense, keeping the unique human and approachable George tonality. It means some of the translations may differ from the original text. Yet, they convey the same message. It was my goal to make the language look as natural as possible. The time will show how well we coped with it.

There were some obstacles on the road we had to overcome to reach such a result. Ukrainian words and sentences can be very long. They didn’t fit the lines in the interface sometimes. It was quite a challenge to make George speak Ukrainian. The hardest was to make George’s language as succinct, vivid and understandable as in the other languages he speaks.

The difficulty was to conjugate some words correctly. It was also not simple to find equal words to some parts of the original text. For instance, there is a feature which George calls “Sweep order” in English. With it George can automate regular internal transfers money to savings or to an investment account. The user sets an execution date and an indivdual threshold. When the date comes, everything above that threshold will be “swept”. People from Ukraine hardly know such a feature. Translating it literally would cause misunderstanding and ambiguity. George and I decided to find the equivalent that will try to explain the feature by its name. So, we agreed on  “Надлишковий переказ” which can be directly translated to English as a “Transfer of the surplus”. It is only one example of many. 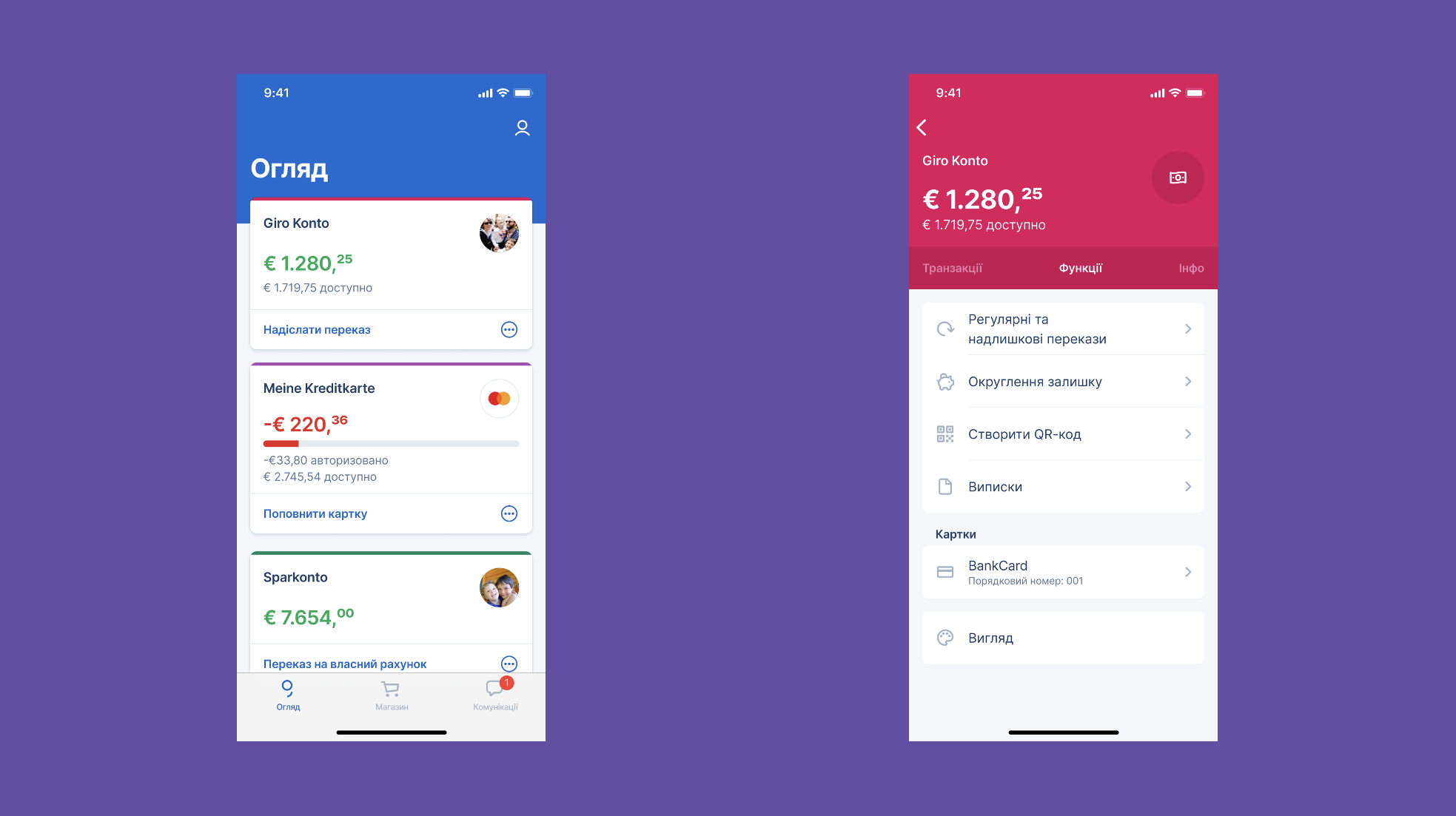 Is George a fluent speaker?

As I mentioned before, there are sometimes a few words in Ukrainian with almost the same meaning. Only a few subtleties differ one from another. George passes the sense in Ukrainian. Still, he can use wrong conjugations or less suitable words sometimes. Anyways, I hope we’ve achieved the main goal. Ukrainians can have an overview of their finances in their native language now.

We built this feature with the purpose of helping Ukrainians. The app in Ukrainian can grant them safety and confident control over their finances. Yet, it doesn’t mean only they can use the app in this language. Everyone who wants to see Ukrainian in the app can do so. And everyone can check how fluent George is in Ukrainian. IOS users can ask George to speak Ukrainian by setting up the device language to Ukrainian. Android users can do so by setting up the language in the George profile settings.

The end of the road?

With 80% of the app translated, it may seem that there is almost no need to make George more Ukrainian than he is now. Yet it is both right and wrong at the same moment. George still doesn’t speak Ukrainian with clients on the web at all. He still needs to perfect his Ukrainian for the app, and it is what we are working on currently. Of course, George can consider the existing Ukrainian translations as enough. Ukrainian users can understand their finances now and there may be no need for anything more but it will not be the end of the road.

The more languages you know, the more of a person you are. Any new language brings more than just an updated interface setup. There is a small number of people speaking Ukrainian in George Labs. Yet, there are many who know what Ukraine is now. Bringing a new language means a lot. It impacts the culture, and the mindset and opens something new to everyone engaged. George is learning and improving constantly and there are a lot of languages to learn ahead. It is not about targeting users. It is about making the finances understandable for each of them. It means that banking with George becomes more personal.