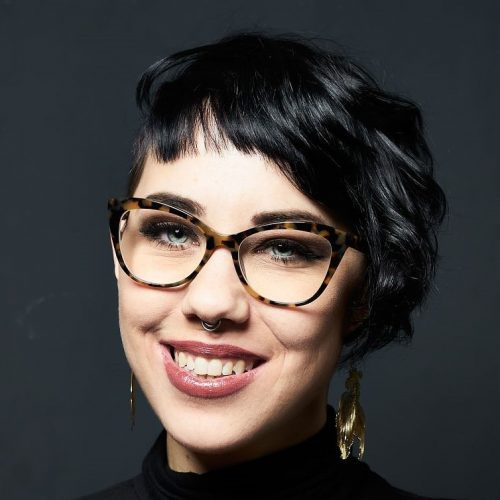 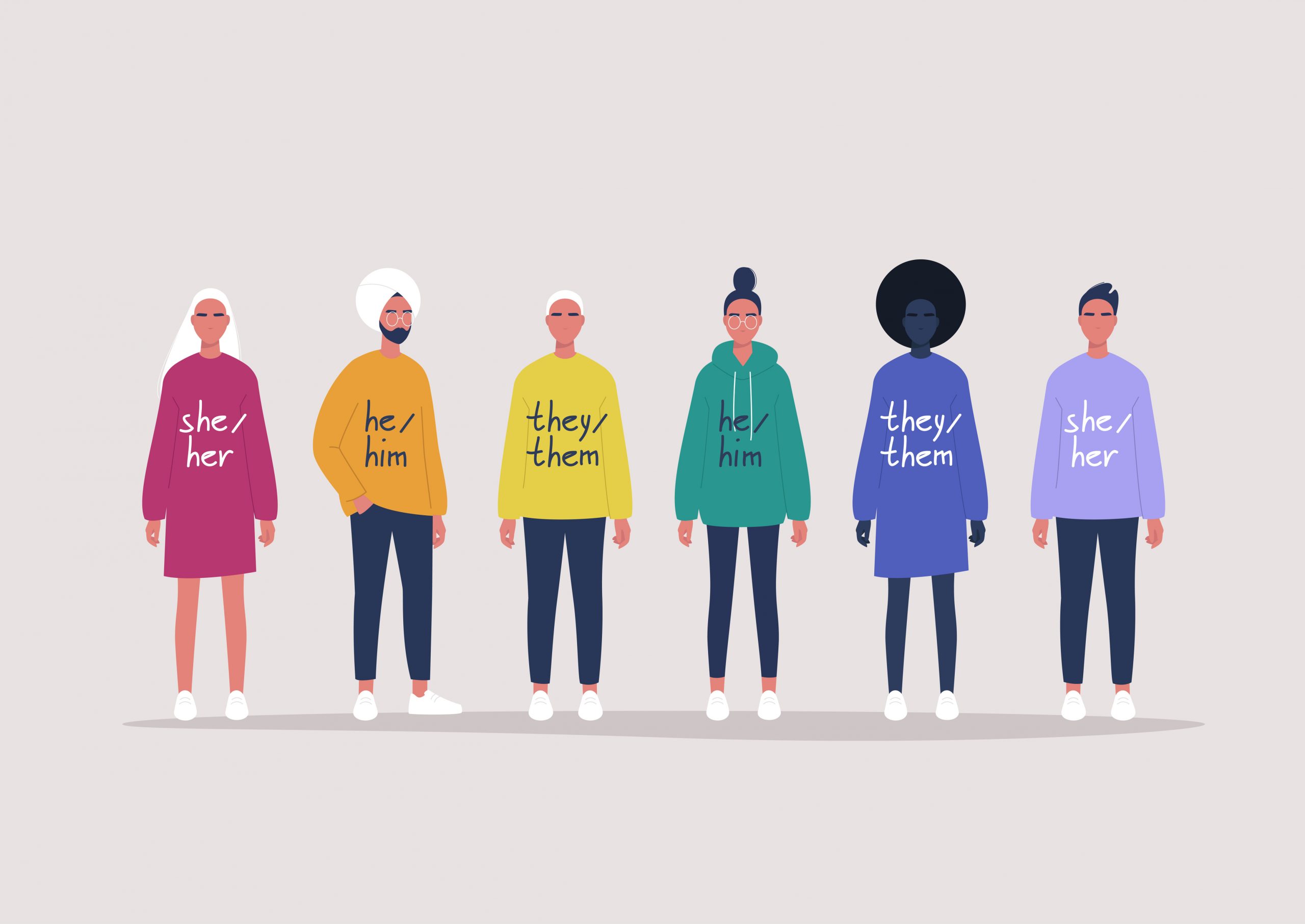 Let’s shed some light on the meaning of the term “gender-inclusive language”. Don’t get confused when you come across the terms “gender-sensitive” or “gender-neutral”. They bear basically the same meaning and are used as synonyms. They all mean that the language reflects all genders without a bias towards one. At school, I was taught to use male pronouns when talking about a mixed group of people. That results in sentences like: “Everyone must ask himself what he can contribute”. Or “Someone forgot his coat. He’ll come for it later”. Please be honest: did you picture a male protagonist or a person of any other gender? This small experiment is a perfect comeback to the most thought-terminating cliché. This excuse to not use gender-sensitive language reads as “ … but I mean everyone when I say ‘man’”. Well, maybe you do but what we mean does not provide the visibility and inclusivity that we strive for.

All people are created equal

Gender-inclusive language has another aspect to it, besides including all genders. It addresses every person “through language as persons of equal value, dignity, integrity and respect”. Gender-inclusive language is a language free from expressions that perpetuate stereotypes, disregard or humiliate people of one gender. Take the sentence “all chairmen and their wives are invited to the charity gala.” It ignores the possibility of a chairperson being female. Also, it fosters the stereotype of a male-only (or at least male-dominated) business world in which women play a subordinate role.

One attempt to get rid of gender-biased language is addressing both male and female persons. This reads as follows: “all businesswomen and businessmen”. Yet, this is not the solution but rather another problem. This way of expressing oneself fosters the idea of two genders only, which is not the reality. Auxiliary constructs such as “s/he” do not provide visibility for people who do not see themselves as “either or”. Instead of foregrounding (and making an issue out of) gender, we can focus on what really matters: us being human beings. Why don’t we say “humankind” instead of “mankind”, or “councilperson” instead of “councilman” / “councilwoman”? 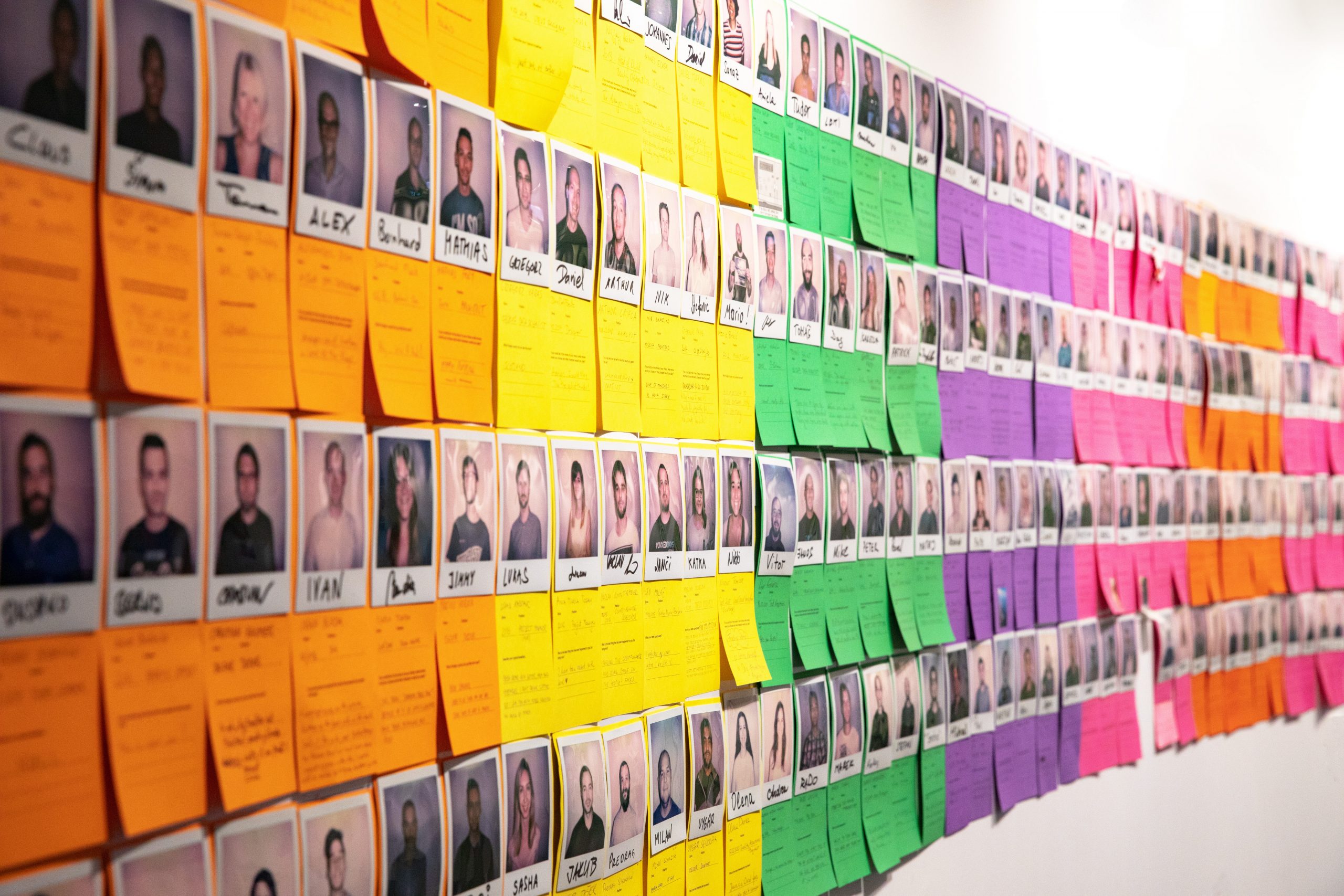 George Labs are a safe space for everyone.

In other languages, we face difficulties when trying to find gender-neutral subjects. However, all it takes is a little effort and creativeness to tweak the language into inclusive expressions. In German, for example, we cannot replace “man” or “woman” with “person” in compound words (well, we can grammatically speaking but it sounds very odd.) One (outdated) practice when talking about a mixed group is to use the male form as a one-fits-all-solution. Again, we are facing a patriarchal practice. A way of avoiding this exclusive way of expressing oneself is using typographical symbols. An asterisk, an underscore or a colon stands for every gender within the spectrum. Using George in German, you will come across forms like “Betreuer:in”. Here, the part before the colon is the male form of the subject. The suffix “-in” marks the female form of the word. The colon is a placeholder for any gender inbetween. Thus, this spelling grants space and visibility to all genders. Furthermore, this gender-inclusive approach also provides accessibility for visibly impaired users. Screenreaders read the colon as a brief pause between the “male” form of the word (“Betreuer”) and the “female” suffix (“in”). This brief pause is becoming the common standard for expressing gender-neutrality in spoken German.

What are your pronouns?

When it comes to pronouns, the English language adapts to gender-neutrality quite easily. English provides the pronouns “they” and “them”. These lend themselves to a gender-inclusive language. Usually a plural form, “they” can also refer to someone in a neutral way, without assuming someone’s gender (and getting it wrong). “Who is Kim? I haven’t met them yet.” No either or, no awkwardness. Also, by using “they/them” when talking about a stranger, we foster the idea of gender being a personal choice, not something we are born with or that we assign to someone. We normalise that gender can not necessarily be inferred from someone’s outer appearance. Hence, we open up space for non-binary people. In many other languages, there is no pronoun that can be used in a gender neutral way. Here, so called “neopronouns” come into play. They are invented to provide gender neutrality and non-binary. They are usually not (yet) anchored in the respective language. Sweden, however, introduced the gender neutral pronoun “hen” as an alternative to “hon” (she) and “han” (he) already in 2015.

We are George. And we are a safe space.

George Labs is a safe space for everyone, independent of religion, ethnical background, gender, and sexual orientation. These values apply to our co-workers as well as our customers. We pay attention to our language to reflect that. We make sure to address (and not merely include) everyone. Using gender-inclusive language is of course by no means sufficient for the end in itself. It’s rather the manifestation of the underlying comittement to equality. This value was set down as early as 1819 in the founding charta of the Erste Group. More than two centuries later, the commitment is adhered to more than ever. We understand that our internal diversity helps us to cater to the different needs of our diverse customers:

“We are deeply convinced that diversity in all dimensions – also, and especially, in the area of gender diversity – makes us more capable, more innovative and better. To ensure that we’re not simply paying lip service to these aims, we have set ourselves concrete goals and are very consistent in pursuing them.”

The Bloomberg Gender Equality Index 2022 listed the Erste Group the fourth year in a row. This honorary listing testifies to the company’s gender equality efforts.

As part of our continuing commitment to #GenderEquality, we are proud to announce our inclusion in the 2022 @Bloomberg Gender-Equality Index. We are once again the only Austrian company in this prestigious index #BloombergGEI #DataForGood
▷ https://t.co/yUExQDoipI

I hope I was able to hammer down the message: it does matter how we speak and write. And it is important to acknowledge more than two genders and non-binary by the way we speak. Here are some suggestions how to do so:
Gender-inclusive language does cost nothing but a little change of habits. And it makes a huge difference to make people of all genders feel heard, seen, and respected.