Pride or pinkwashing: brands, employers and the rainbow. 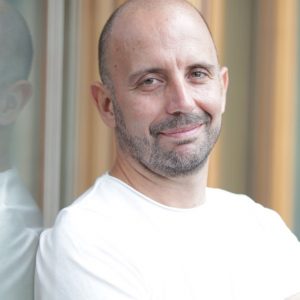 George does it. Public transport and Heineken do it. TikTok and VW do it. Even UEFA tries it – after banning it: Flying the rainbow flag. Some corporate rainbows may be really proud, some are obviously hypocritical. But while an EU member in the 21st century is prohibiting all “promotion” of non-heterosexuality, aren’t even the most pinkwashed signals of LGBTQI acceptance potential lifesavers?

Rainbows over the mainstream

Each LGBTQI pridemonth June, rainbows over rainbows stretch over our privileged timeline bubbles. It’s no longer just our parading friends showing off on Instagram but all kinds of institutions, companies, brands and employers who are sending support and celebrations of diversity on LinkedIn and flagpoles. In the 2020s, the flags seem to go as much without saying as they go away on July 1. Noone is harmed, fewer and fewer people complain, image is gained easily. It’s not a “brave message” anymore because equality is mainstream, right? We are modern. We are open. We don’t talk about hypocrisy.

This season however, a clear human rights violation by the Hungarian lawmaker and the following righteous outcry inflamed a debate about the rainbow. It peaked in an absurd row about how “political” a peaceful symbol of inclusiveness is in a football stadium. But if there’s one good side effect of state sanctioned homophobia in the middle of Europe, here it is: It confronts brands, including employer brands, with a decision. Are their rainbows only pinkwashed lip services or do they take a stance?

Europe, June 2021: The pandemic has lost its heaviness, at least for some precious summer moments. Life is finally opening up again and so are the streets, both for football and flamboyance. On June 19, tens of thousands happy sweaty people marched the Vienna “Regenbogenparade”. They had every reason to celebrate – and every reason to protest: On June 15, the Hungarian parliament passed a legislation that, under the cloak of child protection against pedophilia, bans the dissemination of content in schools deemed to “promote” homosexuality or gender reassignment. It also restricts LGBTQI representation in the media. Even commercials that display non-heterosexuality as part of “normality” are illegal now in Hungary. Some of the #believeinyourself spots of Erste may win Lions in Cannes but possibly must not be shown 100km away from Vienna. It’s the exact opposite of what the rainbow stands for.

Too dangerous for Hungary?

The outcry west of the Hungarian border didn’t come from the “usual suspects” only. Most EU governments, from leftist to conservative, critisize this  transgression of limits as one step too far. The EU itself is considering sanctions. NGOs, media and a broader than liberal public condemn the cutback of human rights. Then, both the rainbow and football were drawn into an unsual debate. With its response to the city of Munich’s request to light the stadium for the Hungary vs Germany match in rainbow colours, the UEFA, certainly unintentionally, escalated things even more. By following the Hungarian argument that the rainbow had been misused for a political demonstration, the UEFA neglected that it was the Hungarian government who politicised the human rights of its youth for a populistic cause in the first place. And last but not least, it proved its own rainbow coloured diversity campaign as the prototype of hypocritical pinkwashing.

Brands with a message

In sports & in life, diversity makes a team stronger. While we are not able change the lights at the #AllianzArena this week, we hear you & we stand firm in our commitment to support the LGBTQIA community. This week, this month & all year round. The arena turns 🌈again this July! pic.twitter.com/e7sC6xICEV

Well, that rainbow ban escalated quickly. The Allianz Arena did not glow that night but many other stadiums and public buildings did. Fans and players set examples, even Bavaria’s conservative PM Markus Söder wore a rainbow mask. And the oh so mighty sponsors? While nothing happened in Munich (reports say that they had asked UEFA but didn’t get the permission), you may have noticed that during the next matches, sponsors like Heineken, VW, TikTok, Lieferando and booking.com suddenly displayed very colourful perimeter ads. Have brands become political? At least, they broadcasted a proud message to millions of viewers worldwide, to UEFA, and to the LGBTQI community in Hungary.

One can easily critisize that pride talk is cheap as long as brands communicate in a comfort bubble without having to face real consequences, except for some angry politicians in a small country. Indeed, we’ll have to see what happens 2022 in Qatar and how brands will handle the issue inside Hungary and elsewhere. Compliance to the local laws or loyalty to values? A question also for George’s mother company Erste Group which has been active in Hungary for years. Proudly flying the rainbow flag and wearing #ErsteColours at Vienna Pride but not showing up at its Budapest counterpart on July 24, 2021, for example, would have a certain degree of hypocrisy. The accusation of pinkwashing seems natural if companies cannot afford diversity messages as soon as corporate interests are at stake. Some might also argue if it’s really their fight or even a cause relevant enough for them to support.

It depends on the definition of corporate interest.

What is going on?

Let’s take one step back and look at what this is really about. Each human born this way, no matter how privileged, open, proud and confident, can tell their very own stories of insecurity, anxiety, discrimination, bullying or even worse. Data are hardly collected systematically, but a 2016 study in the U.S. showed that 1 out of 6 students nationwide (grades 9–12) seriously considered suicide during that year, with suicide being the 2nd leading cause of death among young people ages 10 to 24.¹ LGBTQI youth are almost five times as likely to have attempted suicide compared to heterosexual youth. If they grow up in homophobic families, this rate raises to even 8.4. times, compared to their peers in accepting families.²

Another study, published in 2021, examined 36 OECD countries between 1991 and 2017. The analysis indicated that where same-sex marriage was legalised, this corresponded to a decline in the youth suicide rate by 17.90% compared to the youth suicide rate at the time of legalisation.³ So if countries allowing people to marry whom they love also prevent their children from killing themselves, what happens if countries forbid to even teach children that they are okay and it will get better?

I didn’t go gay. I am, it’s not a choice. Look at how many LGBTQ people commit suicide. This is all very bad. It’s stigmatizing. We now have anti-gay posters in France, so you make people a minority. It is really terrible in a European country. My mom hates me being gay, I live with it. And now you put it in a law. I respect you, but this is a red line. It’s about fundamental rights, the right to be different.“
(Luxembourg’s Prime Minister Xavier Bettel, confronting Hungary’s Victor Orban)

To put this straight (pun intended): Banning the “promotion” of homosexuality is not potecting children. It’s threatening their mental health and their lives. From their perspective, each little signal which tells you that it’s okay to be who you are is a relief. Even the pinkwashed rainbows give more hope than no rainbow at all.

What’s in the corporate interest?

That brings us to corporate responsibility, specifically employer responsibility. If the state doesn’t care to provide a safe place and an inclusive environment, employers can. Companies fill their job ads and employer branding statements with colourful words about diversity, inclusiveness and support. The ones with good copywriters replace “support” by “acceptance” and the really good ones love and live diversity in every way. This is less about the rainbow flags in front of the headquarter than about a cheering 🌈 below a slack post in #general. It’s about the culture inside, the openness, naturalness, appreciation, encouragement and, most important, the safety and confidence that comes with it for all employees – and their families.

This is where corporate responsibility meets corporate interest: In a highly competitive talent market, an ambitious employer will only succeed if the come as you are attitude is upgraded to a be who you are culture. Acceptance and appreciation are the potential boosters no. 1. The prouder employers are of all their unicorn employees, the more credible and meaningful their rainbow posts on social media get, even when pridemonth June is over.

George is proud in 🇦🇹🇨🇿🇸🇰🇷🇴🇭🇷 and, last but not least, in #Hungary 🇭🇺.

Let me end this post with a personal note. Although I cannot imagine how we could build a banking with a name but without empathy, open banking without open minds, I  don’t know yet how George, the brand, and Erste Group, the bank, will deal with a situation as in Hungary. Some frustration might be ahead, but as long as there are rainbows, there’s always hope.

What I do know is that I am as privileged as proud to work in an environment and a team that embraces the diversity of all its members. Not because they need support and protection as a minority but because each and every human being has an unalienable right to be accepted and loved. That is what our rainbow stands for.

If you consider joining us, here are our current job offers!